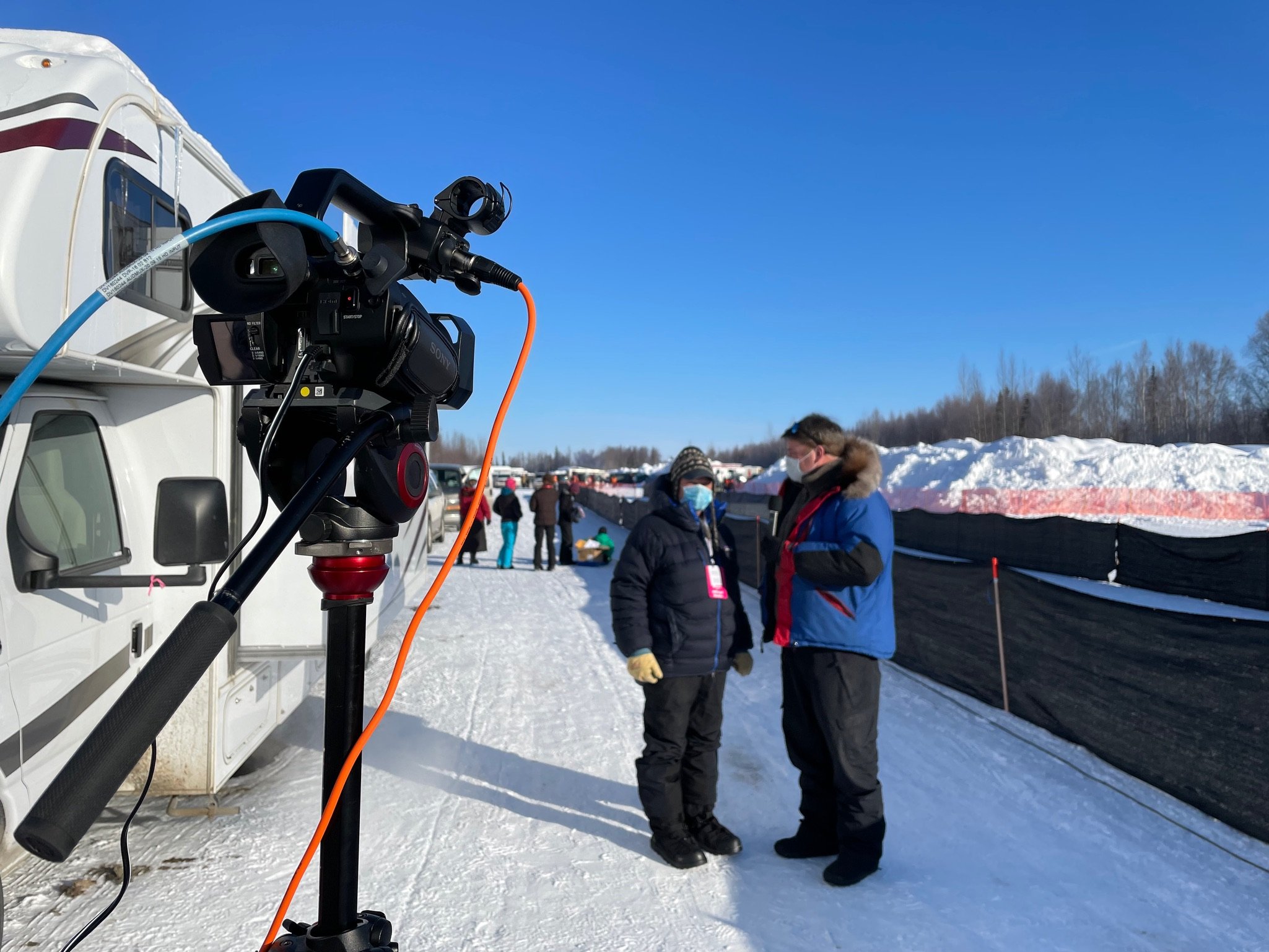 The Iditarod is both the most challenging and the most recognised event in sled dog racing. Each year mushers and their animals trek more than 1500km around Alaska, from Anchorage to Nome via the ghost town of Iditarod.

In a normal year, the race takes in a number of native villages, creating a strong sense of atmosphere and belonging to the event. Those villages also give natural locations for the online video coverage. 2021, of course, is anything but a normal year. Protecting the locals by keeping the racers and race officials well apart is just one of the challenges for this year’s race.

Cinematographer and editor Art Aldrich, through his production company OTEK TV, has been behind the Live coverage of the Iditarod since 2007. He has masterminded continued expansion of the coverage, fuelling growing interest in the sport. This year, he had to deliver the same detailed video streams, but with a minimum crew on location.

Aldrich had already solved many of the challenges of remote production, thanks to his work for corporate sponsors at the top PGA golf tournaments. He put crews at a safe social distance from the featured players and followed them around the courses, feeding signals back to a central production facility in Aldrich’s home in New York City.

Intinor was the key part of the technology. Standard cameras plugged into Direkt Link 600 backpacks with bonded cellular so the operators could work alone, completely free from restrictions. Multiple 4G LTE networks carried the signal back to the production centre.

This experience suggested to Aldrich a way to cover the Iditarod. The obvious problem, though, is that there is very little 4G – or indeed any – cellular coverage in remote Alaska.

Organisers the Iditarod Trail Committee (ITC) already had a partnership deal with telco GCI. They provided portable V-Sat links, using 1 to 2 metre dishes, which could be carried by the crews and quickly set up for links back to base.

“Upload speed varied on each location; on some location we couldn’t get more then 500kbps” Aldrich
explained. “Using Bifrost and other new technologies from Intinor, we still got good pictures back. We could
also set up where we wanted – in the past there had been parts of the trail where we couldn’t get a signal,
but now we can get pictures from any of the checkpoints. We’re actually getting more live feeds than we’ve
had in the past.”

The race is covered by three live production teams, all Iditarod veterans. Each team is two people travelling from checkpoint to checkpoint in ski-equipped planes: the camera operator and a producer who acts as on-screen talent when needed. Each kit – which has to fit in the very small planes – includes a Sony camera plus a Marshall POV camera along with the Intinor Direkt Link 600 encoder and I-Direct satellite uplink.

As well as the three live crews, there are five ENG teams shooting a feature race documentary.

For the racers, the Iditarod means very long days. To spread the load on the OTEK team, and to minimise the time zone issues, they built two master control rooms. Alongside Aldrich in New York, his colleague Tom Chatrand had a second MCR in Anchorage, for the second shift. Both had Intinor Direkt routers so they could receive live feeds and downloads from the ENG crews, and either could take over the live stream instantly. That also gave them a good measure of resilience in the design.

“A year ago, we wrapped the 2020 Iditarod with the usual very raucous Finishers’ Banquet,” Aldrich
reflected. “Then, with the pandemic beginning to take hold, we wondered how we were going to get home
from Nome on the edge of the Bering Sea, as airports started shutting down.
“This year we have had to completely rethink how we do the event, but in many ways we are delivering even
more engaging coverage,” he continued. “Thanks to Intinor’s technology and satellite connectivity, we can
stay close to the racers and broadcast from checkpoints miles from any human habitation. That is giving us
coverage that really underlines how tough the race is for mushers and dogs.”