THE BASICS OF ESPORTS BROADCAST 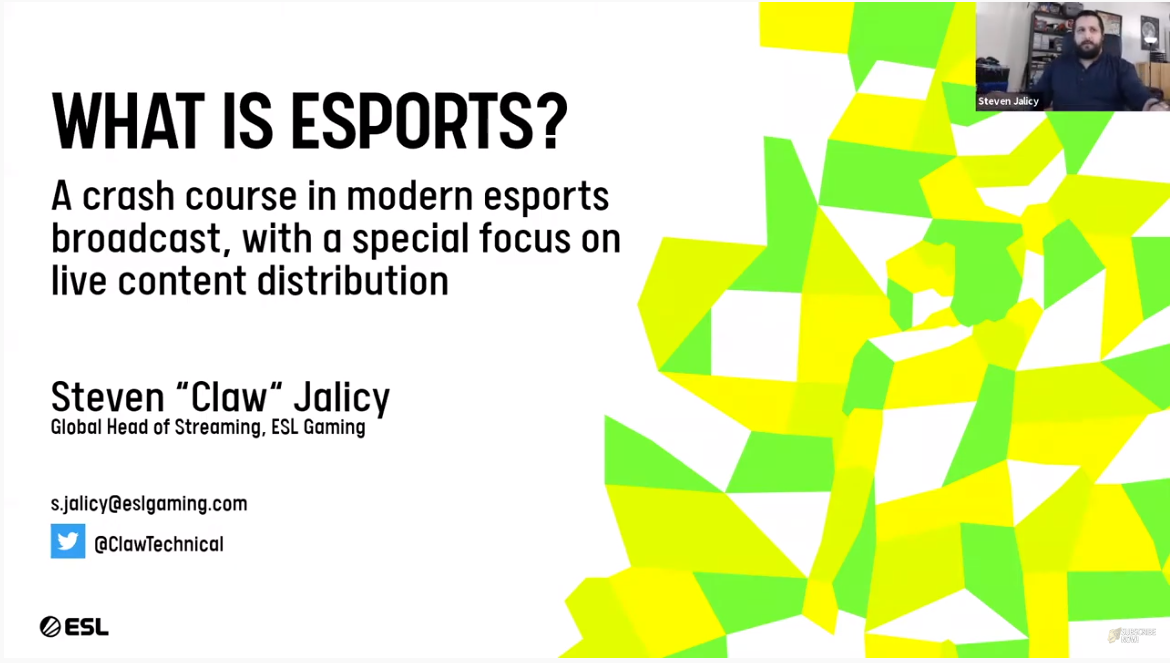 THE BASICS OF ESPORTS BROADCAST

Steven “Claw” Jalicy is the global head of streaming at ESL. Steven was invited to the RTS Technical Colloquium and asked to educate us on how esports works, what the viewers expect, what the players demand, and how broadcast vendors & service providers can contribute to esports production & delivery

Intinor has been a proud partner with ESL since early 2019. Together with Steven we have created a redundant and fully remote workflow designed for the public internet.

The slides below gives you a preview of our partnership but we hope that you take this time and learn from one of the best. Steven gives you a crash course in esports broadcast with a special focus on live content distribution. Some great insight in what traditional sports TV can learn from esports.

About ESL
Founded in 2000, ESL has been developed into the world’s largest esports company leading the industry across the most popular video games with numerous online and offline competitions. It operates high profile, branded international leagues and tournaments such as ESL One, Intel® Extreme Masters, ESL Pro League and other top tier stadium-size events, as well as ESL National Championships, grassroots amateur cups and matchmaking systems, defining the path from zero to hero as short as possible. With offices all over the world, ESL is leading esports forward on a global scale. ESL is a part of MTG, the leading international digital entertainment group.

The Royal Television Society is an educational charity promoting the art and science of television. The Thames Valley Creative Technology Centre is dedicated to putting on live events (when possible) and online events to educate, inspire and entertain anyone with an interest in the broadcast industry.

The RTS said ‘With its massive following and international appeal, esports is generating serious interest among corporate sponsors and is taking the entertainment world by storm. Esports thirst for high-speed dynamic graphics and global internet streaming is driving technology to its limits and even giving broadcast television a run for its money.’

The Thames Valley Creative Technology Centre hosted a series of webinar presentations from esports specialists to show how their technology and systems operate. Explaining their workflows and production requirements, they discussed how broadcast vendors and service providers can help them deliver even better programs.