FUEL.TV – “A solid solution even for the most remote events” 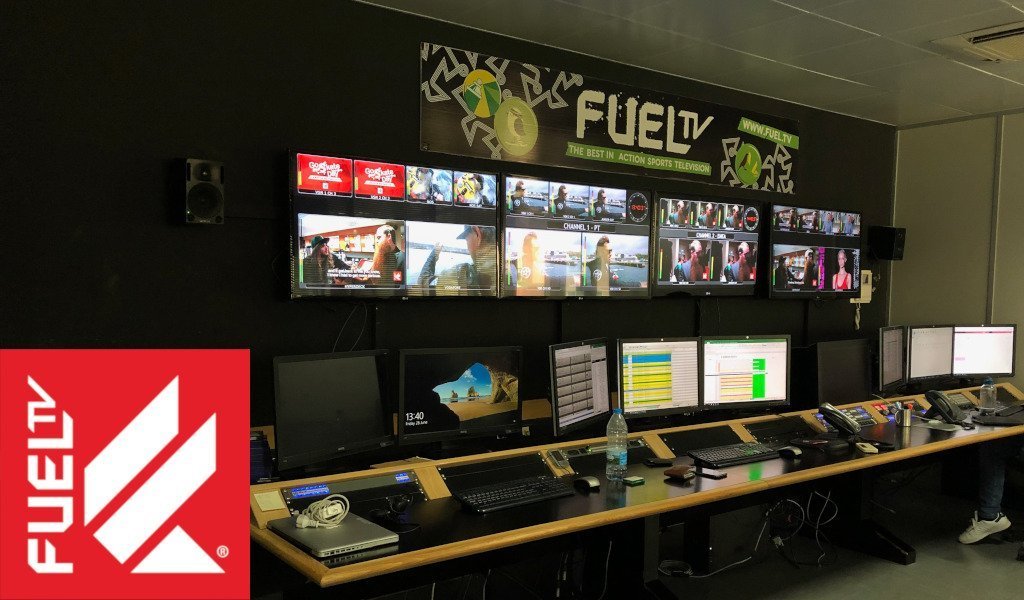 FUEL.TV – “A solid solution even for the most remote events”

FUEL.TV was launched in 2003 by FOX. In 2007, the 100% Portuguese-owned company FLUID Youth Culture, S.A. reached an agreement with FOX in order to represent FUEL.tv in Portugal. The following year, FUEL.tv was launched in Portugal in partnership with the network service provider MEO.

In 2014, FUEL.TV EMEA acquired the channel from FOX. Since then, the channel has been launched in 100 countries around the world, including China where it was launched in February 2018, and has reached over 500 million people.

When FUEL.tv were  looking for a solution to receive and output video signals from multiple partners, they started to look at our Direkt router, the “Swedish army knife”.

We had a chat with Eduardo Ribeiro, Head of Technical Operations at FUEL.TV.

“We have a setup with a Direkt router rack, one single unit that provides us with enormous flexibility on receiving and distributing video signals from and to different sources.

The excellent support provided by Intinor together with the equipment’s multiple functionalities and reliability made the decision simple.

We can now receive live streams and ingest it on our playout circuit with a very simple implementation.

This solution allowed us to manage and send our international channels multiple IP streams to different destinations such as Latin America or Australia.

We also use our Direkt router to pull HLS streams mostly for live events broadcast around the world, which quickly became the main source of signal for our live broadcasts, allowing us to have a solid solution even for the most remote events without having to worry about satellite receptions.“

If you are interested in learning more about Intinor and how we can help your company then please don’t hesitate to contact us.